The AZGOP ❤️s The Patriot Party

They Hate Us Cuz They Ain’t Us….but they’re trying to be

You know how conservatives point and laugh at the libs, calling them sheep? Well, have a seat, and buckle up…. this might hurt a little.

At what point will republicans see through the psy op and stop being sheep?

GET IT THROUGH YOUR HEAD! The AZGOP is desperate to retain power and control. They could see the writing on the wall — that We The People had grown tired of their top-down, tyrannical, RINO establishment ways. And we were escaping from their Uniparty grasp.

This tactic isn’t new. But, this group is — Patriots of Arizona. Let’s break it down. It’s a good example, and it’s comical.

I know, I know, no one has ever heard of the Patriots of Arizona.

Doesn’t that make you wonder why the AZGOP would roll out the red carpet for them, elevate them, and send all of their big gun candidates to their event to promote and legitimize them?

That’s right, the AZGOP is promoting a group called Patriots of Arizona. A group created in the image of the Patriot Party of Arizona. And we all know how the AZGOP feels about them.

Are you fooled yet?? They’re already acknowledging their circus tent, full clown makeup is next.

Where did this new group come from and when was it formed?

Another brand new group, that has never done anything in this state, being elevated and promoted by the state party, to give the illusion that they are a separate entity.

And, of course, they want your money, too.

That’s for membership in the AZGOP front group. If you want to attend their circus, ticket prices are below.

It is actually hilarious. The Republican Party of Arizona has spent two years fighting against Patriots, mocking PPAZ, hating everything we stand for. Now, they’re in the position of trying to hijack our principles and issues….even our name.

They’re about two years behind us on the major issues of liberty, education and election integrity. So they’re left with trying to repackage them to present as their own, while simultaneously trashing us for fighting for them in the first place.

You will see them talking about election reform and how we need to vote only on election day, eliminate mail in, get rid of the machines and have smaller precincts, as if it’s their great new idea. They just won’t call it One Day • One Vote. Just like ESA4All became universal ESAs. And like they suddenly realized that school board elections exist and that CRT, SEL & SeXXX Ed are bad.

It has been the mission of the Patriot Party to restore and maintain constitutional conservative leadership in Arizona. We have definitely succeeded in moving the Overton window to the right.

So many of the new groups are basically shell corporations for the AZGOP. They’re all being controlled by the same people. And those that follow them are the sheep. 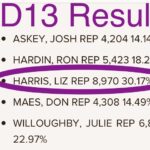 Why Is The AZGOP Helping Democrat Pawlik Get ReElected?? 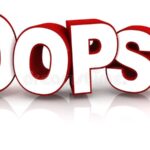