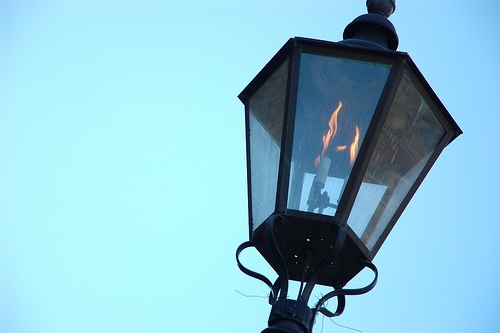 When Dan Farley isn’t physically assaulting PCs at LD meetings, he’s busy being the president of pretty much every Tea Party west of the Mississippi. He signs his emails, “President, Tea Party AZ,” even though he publicly espouses opposition and disdain for others involved in activist groups outside of the GOP. Dan has stated that those that participate in other groups should be denied positions within the Republican Party. Yes, the President of all the Tea Parties and current District Chairman of LD 4, said that.

In addition to serving as president of numerous non-GOP groups, he is directing the PCs in his LD to outside organizations.

Dan claims that he wants to collaborate and unify. He often speaks against division and tries to convince everyone that he is against the top down tyranny that most in the AZGOP have grown tired of. But, what Dan refers to as division is merely dissent. If you don’t agree with and obey everything he says, you’re being divisive and ruining “the party.”

Dan Farley attempted to undermine the LD4 Golden Ticket — or he’s completely incompetent and should just step down. The primaries had already taken place, so the Republican primary winners were the obvious choice for the ticket. That leaves municipal and school board races as the only real need to even have a Golden Ticket. So what did the leader of the LD do? Nothing. He didn’t address those candidates at all. Even though he claims to be very invested in the education issue. He did zip. Some people say that he was following orders from the top. You see, Pam Kirby, First Vice Chair/Executive Director of the Arizona Republican Party, wanted all Republican candidates for the Paradise Valley School District school board race to be on the ticket. They were willing to give the Democrats those seats by splitting the vote because Pam told the school board candidates that are members of her Coalition that they would be on the AZGOP Golden Ticket. You can read more about that at the link below.

Dan Farley was shamed into acting at the last minute and allowed a straw poll to choose candidates for the ticket. No one has ever explained why it was okay to have “selected” just two of the four Republican candidates for the Scottsdale race, but why they were intent on listing all Republican candidates in PVUSD. 🤔 It will be interesting to see what the AZGOP does in other districts. But they’re corrupt AF, so I’m sure we already know how that’s going to go.

Lately, Farley has become even more unhinged. He sends emails and makes social media posts daily about the Patriot Party. He makes wild, unfounded accusations about Republican PCs. All the while he projects and gaslights about bullying and creating division.

Since the formation of the Patriot Party, he has been against it, the mission of which is to restore and maintain constitutional conservative leadership in Arizona. Dan claimed that he thought it best to “unify.” But, that was a lie. When the olive branch was extended due to the critically urgent state of politics in Arizona, his backpedaling was immediate. He now claims to see the value in good cop v bad cop. He does not want to unify and stated that the Patriot Party should continue. Remember that the next time you hear him denouncing the Patriot Party for dividing the Republican Party so that Democrats win. You’ll find that more often than not, the words and actions of Dan Farley don’t align.

While Dan says publicly that as Chair, he has no power in State Committeeman elections, that it’s up to the PC votes, privately he proclaims that he, “will not allow that son of a bitch to become a State Committeeman in his district!” That was his response to a request that he allow a fair SC election in LD4. And we all know the influence and tools of the LD Chair. He went on to say that the candidate would have to prove himself to Dan for at least two years before he would permit it. Candidates that he has bullied in the past are familiar with his edicts.

Farley called to inquire as to whether PC Brian Ference was a member of the Patriot Party. The answer was an unequivocal, no. During that conversation he said that he was, “at war” with Ference. And now we see Dan making accusations about quite a few people that have no association at all with the Patriot Party, as being affiliated with us, including Brian Ference. He is knowingly and intentionally lying.

Perhaps he believes that it will somehow make it acceptable that he assaulted Brian if he can make people believe that he’s a Patriot. According to eye witness reports, Dan Farley struck Brian Ference in the chest after a conversation they had at the close of the last LD3 meeting. Dan’s description of Brian’s tone was “smug.” Who strikes people for speaking smugly to them — tyrants. Someone needs to explain to Dan that he’s District Chairman, not Chairman Mao. He must be confused by the chairman title.

Now the AZGOP Establishment tyrants are attempting to block an elected Precinct Committeemen from attending the LD meeting tonight. An elected PC has voting rights, and there are votes on the agenda. It’s not shocking at all that they want to deny his right to vote, but it’s still disgusting. Be aware that an elected legislator is part of the conspiracy. An elected official, that should know better than to suppress an elected official, made the call.

They reached out to law enforcement in an apparent attempt to set him up. Similar to their failed attempt at last week’s LD3 meeting, where the only thing they managed to succeed at was having Dan Farley assault two people in separate incidents.

The AZGOP has lost their way. But they are continuing their quest for power and the complete silencing of your voice. They started the process of discontinuing the primaries altogether and allowing them to select our candidates, which they had to abandon once it was exposed. They had the legislature pass an emergency bill that eliminated PC elections, which was later ruled unconstitutional. And they will keep doing everything they can to diminish the voices of the grassroots until they have 100% control.

Are you going to keep letting them?

This is happening in the Republican Party in other states, as well. Tracy Beanz explains how the same tactics are being used in South Carolina in this article:

I’ve Been “Condemned” by the SCGOP. Why Does it Matter to You? 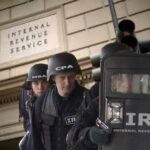 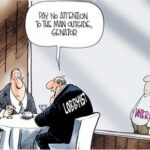 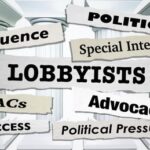